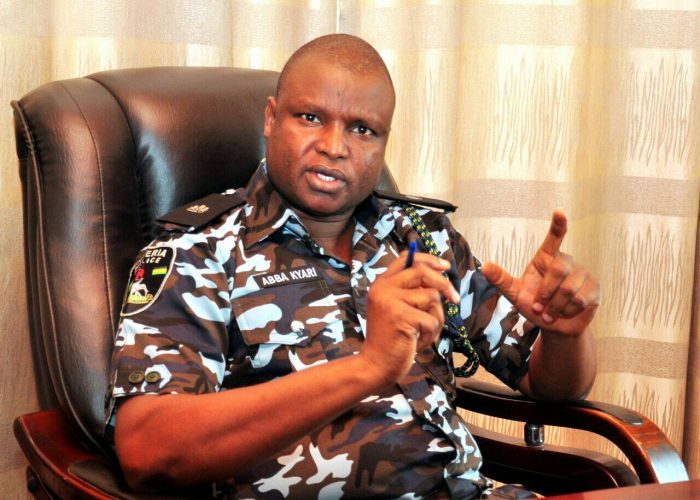 Suspended Deputy Commissioner of Police, Abba Kyari, on Monday, said the allegation by the National Drug Law Enforcement Agency, linking him to the ownership of 14 assets, including shopping mall, residential estate, polo playground, lands and farmland, was untrue.

Kyari, a former Commander, Intelligence Response Team, in a statement by his lawyer, Hamza Dan Tani, said the reports were orchestrated by the NDLEA to further tarnish his image.

According to him, the agency resorted to cheap blackmail because “NDLEA’s case in court against Abba Kyari and four others is not going well for them”.

He challenged the NDLEA to immediately release all his account statements to the public if what they are saying were true.

Sharing the details, Tani said there were N2.8 million in his UBA account, the only account he has been using for the past eight years; 7,000 pounds in GTB kept over eight years ago and N350,000 in GTB kept many years ago.

Others were N200,000 in Sterling Bank and Access Bank Account not in use for over eight years.

Kyari’s lawyer said, “They expected the court case to go smoothly in their favour the way their sponsored media trials went viral between February to April 2022. They failed to understand that unlike media trials, courts need real evidence and facts which NDLEA don’t have in this case.

“By all means, out of desperation, again, NDLEA wanted to spoil Abba Kyari’s name at all cost because they know that all their initial efforts have failed as overwhelming majority of good Nigerians who want peace and security for the Nation are still behind Abba Kyari despite the set up by NDLEA against Abba Kyari in January 2022, which was followed by massive sponsored media trial earlier this year.

He recalled that on August 29, 2022, Justice Inyang Ekwo of a Federal High Court in Abuja dismissed a suit filed by the Attorney-General of Federation to extradite DCP Abba Kyari to America.

“On August 30, the NDLEA filed another 24 count charges against DCP Abba Kyari just to mislead the general public and tarnish his image despite the same matter being before Federal High Court in Maiduguri and without any evidence linking Abba Kyari to any of those properties or any link to any drug money, stealing government money or any proceed of any crime,” Tani said.

The lawyer insisted that all the allegations on monies and properties by NDLEA belonging to Abba Kyari were false, untrue and lies, just to mislead the public into wrongly believing that it belongs to Abba Kyari.

The statement read, “The businessmen who own those properties and gave their documents have already filed their cases against NDLEA in Federal High Court Maiduguri. The NDLEA without any evidence went and marked innocent people’s properties in Maiduguri and Abuja in April 2022 and released the news to the media which went viral.

“This is just a malicious media trial without any evidence to show in the court. If NDLEA has any evidence linking Abba Kyari to any of those properties apart from his farmland and one house, they should release it to the public immediately.

“These whole properties matter is before Federal High Court in Maiduguri but NDLEA is still desperate by trying to link Abba Kyari without any evidence to financial crimes and properties that do not belong to him, neither is there one kobo of drug money or any crime money that is linked to Abba Kyari in any way.

“For the records, the total money in Abba Kyari’s account is N2.8 million in his UBA account, the only account he has been using for the past eight years, 7,000 pounds in GTB kept over eight years ago and N350,000 in GTB kept many years ago.

“Less than N200,000 in Sterling Bank and Access Bank Account not in use for over eight years. These are all the money that DCP Abba Kyari has in his accounts, which he has declared and the NDLEA should immediately release all Abba Kyari’s account statements to the public if what they are saying is true.”