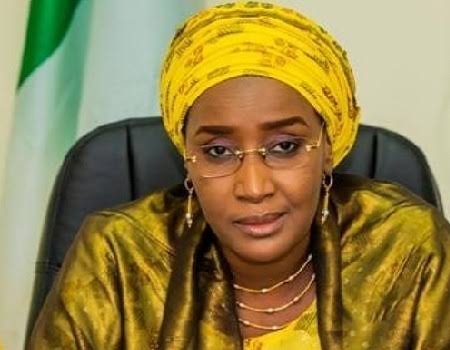 4,786 persons in Adamawa State will benefit from the Federal Government’s one-off N20,000 grant for vulnerable groups, with a total budgeted envelope amounting to N400bn.

This is just as the government reiterated that its intervention aimed at reducing poverty is still on track to lift 100 million Nigerians out of poverty by 2030.

The statement, credited to the Minister of Humanitarian Affairs, Disaster Management and Social Development, Sadiya Farouq, was made in Yola, the state capital, on Tuesday.

Sadiya, who was in the Adamawa State Capital to inaugurate the second stream of the disbursement, noted that the intervention coming from the FG recently released N400bn for the government social investment program.

She explained that the administration of the President, Major General Muhammadu Buhari (retd.), at inception in 2015, inherited a national poverty incidence level averaging 70%, adding that despite other economic challenges, the administration had paid more attention to generating solutions in addressing the plight of poor and vulnerable through the National Social Investment Programme.

She said, “The Grant for Vulnerable Groups programme (GVG), which we came to distribute beneficiaries today, was introduced in 2020 to sustain the social inclusion agenda of President Buhari’s Administration. It is consistent with the national target of lifting 100 million Nigerians out of poverty in 10 years.

“It is designed to provide a one-off grant to some of the poorest and most vulnerable Nigerians in rural and peri-urban areas of the country. A cash grant of N20,000.00 will be disbursed to the poor and vulnerable category across the 36 States of the Federation and the Federal Capital Territory.

“Using this grant, many of the beneficiaries will improve their productivity and their commercial activity, all of which will help in easing them out of poverty.

“Let me add here that our target in Adamawa State is to disburse the grant to 4,786 beneficiaries across the 21 Local Government CouncilsAreas.

“In line with President Muhammadu Buhari’s social inclusion, 70% of the total number of beneficiaries is for women while the remaining 30% is for the youths.”

While commending the Adamawa State Governor, Ahmadu Fintiri, over the state government’s support for the success of the NSIP programme in the state, Farouq urged other state governments to support the FG’s efforts at reducing poverty.