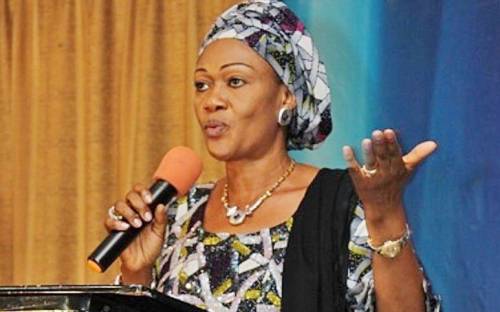 Senator Oluremi Tinubu, wife of the National Leader of the All Progressives Congress (APC), Asiwaju Bola Ahmed Tinubu, is set to leave the upper chamber of the National Assembly following the move by her husband to contest the presidential election on the platform of the party.

With the development, those eyeing the Lagos Central senatorial seat occupied by Oluremi have stepped up campaigns ahead of the party’s senatorial primaries slated for this weekend.

The former first lady of the state has been in the red chamber since 2011 and will be completing her third term in 2023.

Her predecessors in the district and colleagues from the other two districts – Lagos East and West – served one or two terms each.

Senator Gbenga Ashafa who represented Lagos East from 2011 to 2019 contested for a third term but lost to Senator Bayo Osinowo (deceased) before Senator Tokunbo Abiru was elected in a by-election.

Experts say it appears there is an unwritten law in Lagos APC that senators will serve for two terms only. But the rule was bent in the case of Senator Oluremi who contested for a third term in 2019.

But as the 2023 general elections inch nearer, a vacancy has already been established in Lagos Central and at least four APC chieftains have already indicated interest.

All the candidates have recently intensified their campaigns to clinch the ticket amid speculations that Oluremi has endorsed Hon Eshinlokun.

A chieftain of the party in the state said that, “The development has been causing uneasy calm in the senatorial district ahead of the primaries. But all the aspirants also have the eyes and ears of the national leader, just that one of them is madam’s favourite.”

Speaking in an interview, the leader of the party in the senatorial district and Chairman of the Governor’s Advisory Council (GAC), Prince Tajudeen Olusi, said the alleged endorsement of an aspirant was hearsay.

He said while GAC and the party had put forward the option of a consensus, it had been clearly laid down that there would be a contest in a situation where consensus didn’t work.