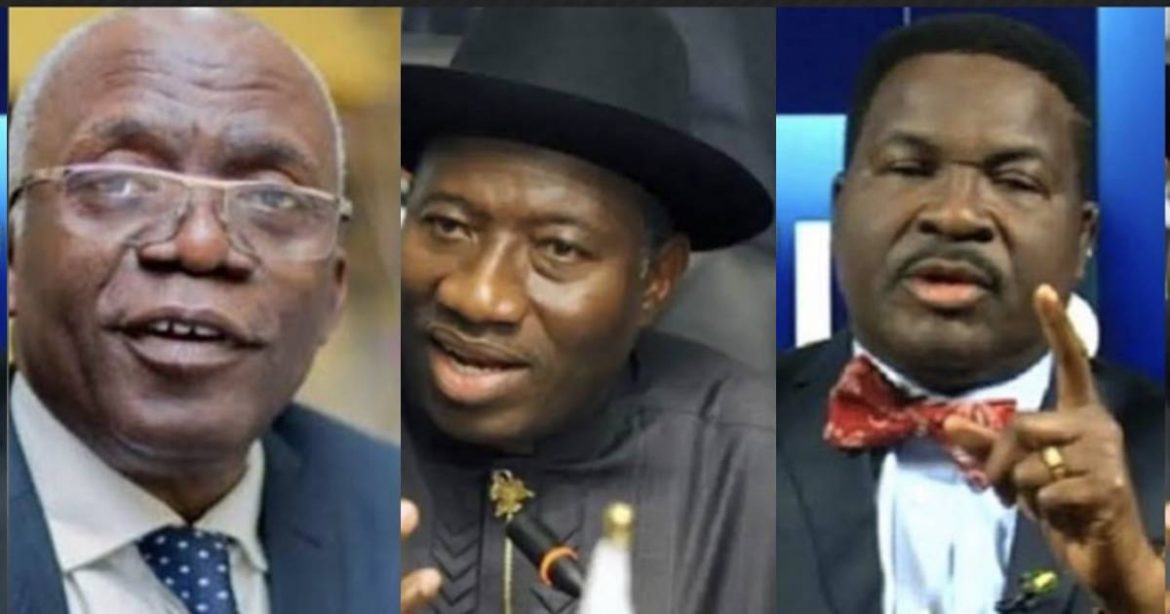 Human rights lawyer, Mike Ozekhome, has said that former President Goodluck Jonathan is “constitutionally” qualified to contest for president in 2023.

The Senior Advocate of Nigeria (SAN), said this in reaction to Femi Falana’s position that the former president, Goodluck Ebele Jonathan was not qualified to contest for president in 2023.

Amidst rife speculation that Jonathan may defect to the All Progressives Congress (APC) to contest in the 2023 presidential election and calls from different support groups for him to run, Falana said section 137(3) of the constitution disqualifies Jonathan from contesting.

According to Falana, Jonathan would spend a cumulative period of nine years as president, if he contests and wins the 2023 presidential election, adding that a person is constitutionally allowed to spend two terms of eight years as president.

Section 137(3) of the fourth alteration to the 1999 constitution reads: “A person who was sworn in to complete the term for which another person was elected as president shall not be elected to such office for more than a single term”.

Recalled that Jonathan was Nigeria’s vice-president between 2007 and 2010. He became the president in May 2010 following the death of President Umaru Musa Yar’Adua and completed the latter’s tenure.

He won the 2011 presidential election but lost his attempt to secure a second term in office in 2015.

However, Ozekhome, in a legal opinion released on Friday, said it would be “grossly unfair” to deny Jonathan the right to contest for the 2023 presidency when the county’s extant laws and court decisions permit him.

“The truth of the matter is that the antagonists of Jonathan running in 2022, in their strange line of argument, are mainly relying on the above section 137(3),” Ozekhome said.

“They have probably not adverted their minds to sections 141 of the Electoral Act, 2010, as amended, and section 285(13) of the same fourth alteration to the 1999 constitution, as amended, which they are relying on.

“More revealing is that these antagonists are probably not aware of an extant and subsisting court of appeal decision where Jonathan was frontally confronted and challenged before the 2015 presidential election, on the same ground of being ineligible to contest the said 2015 election, having allegedly been elected for two previous terms of office.

“The section 137(3) being relied upon by the antagonists was signed into law in 2018, three years after Jonathan had left office. Can he be caught in its web retrospectively?

“It is clear that those deliberately misinterpreting the clear position of the law may be baying for Jonathan’s blood, possibly as a potential candidate who may subvert the chances of their preferred candidates.

“I do not view issues from such a narrow ad hominem prism and blurred binoculars. It will be grossly unfair, unconstitutional, unconscionable, and inequitable to deny Jonathan the right to contest the 2023 presidential election when our extant laws and appellate court decisions permit him to.

“The question of whether Jonathan really needs to subject his glittering and internationally acclaimed reputation and credentials to the muddy waters of a fresh competition with persons, some of whom were his personal appointees as president, is another matter altogether.

“Only him, and not the present state of the laws in Nigeria, can answer that question and decide his own fate. But, as regards his eligibility to contest, Dr Goodluck Ebele Azikiwe Jonathan is pre-eminently constitutionally, morally and legally qualified to contest the 2023 presidential election.”