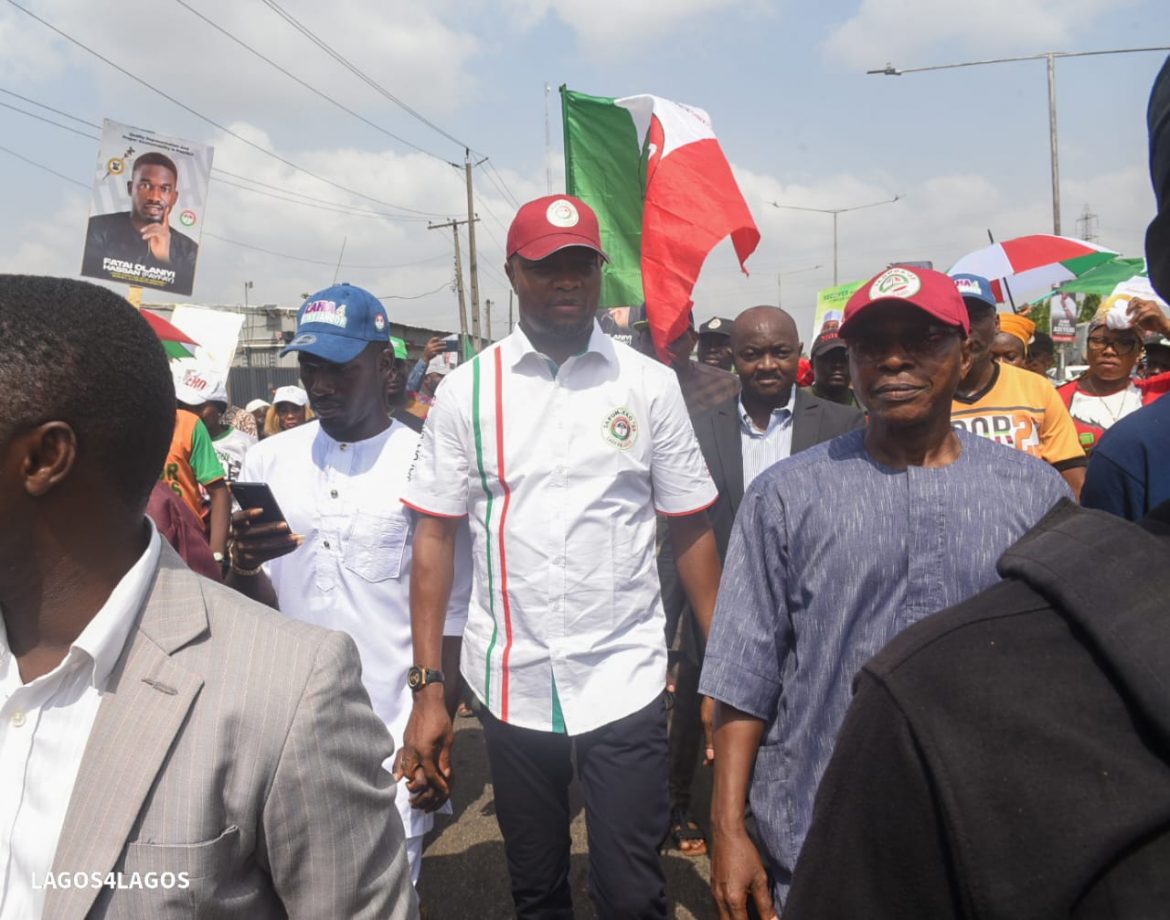 The Lagos PDP Governorship Candidate, Dr Abdul-Azeez Adediran on Thursday pledged to give priority attention with adequate annual budget for People Living With Disabilities (PLWD) if elected in 2023 general elections.

Adediran made the promise at an interactive meeting with PLWD, Women Mobilisation Committee (WOMOCO) and other stakeholders at Mushin Local Government Area during his ward tour of the council.

The candidate, reiterated his resolve to run a populist and inclusive government that everyone would be happy and proud of.

According to him, if elected efforts will be made to establish a ministry for the PLWD, which would be headed by a physically challenged person to take care of the need of the special people.

“You are among the people I would be given special attention when we get to power. We have seen everything.

“We shall be engaging PLWD and using their common sense to run the forthcoming government together by God’s Grace. As we prepare budget yearly, we should take you into consideration and your ministry.

“There shall be no need for any PLWD to be standing on the road or street begging. We shall be seeing you as one of us that is responsible, with good jobs to fend for yourselves,” Adediran said

He promised to ensure inclusiveness that would take care of the need of special people in all private and public buildings, office and construction works.

On empowerment, the candidate pledged to massively invest in sustainable programmes to address poverty,. economic hardship and unemployment.

“Our own empowerment will not be about distribution of packs of noodles or cup of rice but about provision of money for trading for the women to also be employers of labour,” he assured the people.

Urging residents not to be deceived by money politics, Adediran advised people to collect whatever money given to them by those who might want to buy their conscience but do the right thing on election day.

According to him, women and children will also be given special attention in his government in the area of education, empowerment and health cares.

The candidate said that he had toured 119 of the 245 wards in the state to feel the pulse of the people at the grassroots.

He said that his tour had open his eyes to the challenges facing the people of the state and he was ready to tackle them.

According to him, his campaign train has toured all the wards in Epe, Ibeju-Lekki, Eti-Osa, Apapa, Badagry, Amuwo-Odofin, Ojo, Alimosho and Lagos Mainland.

According to him, efforts will be made to address challenges of infrastructural decay, lack of electricity in some parts while also putting a stop to all harassment and exploitations of traders under any guise.

On education, Adediran said that he shared in the plights of some students, having being sent home from school because of torn uniforms while growing up.

“As Governor, we shall sew free school uniforms for pupils in primary and school schools.

“These schools uniforms will not be contracted out to anyone: All tailors in various communities will be engaged to do that. .

“We shall spread prosperity. We shall give you start up capitals to do business and make profits,” he said.

He called for partnership of all stakeholders in the fight to rescue the state.

Similarly, Adediran, in an interactive session with League of Imams at Gbigba Adura Mosque Alfa-Nda Ilasamaja in Mushin, said that his ambition was not personal but because of the masses’ interest.

“The government I want to run is masses’ oriented governance. Our believe is that God will grant us this power.

“Whatever God has given anyone, no man can take away. What is ahead (the election) I believe that God has given me, Abdul-Azeez. This is my faith,” he said.

Adediran, who told the Islamic clerics that he came to seek prayers and support, called for prayers to govern well.

At a courtesy call to the palace of the Onitire of Itire, Oba Tajudeen Odubiyi in Mushin LGA, Adediran said that his ambition was to end the suffering of the indigenes of the state as well as non indigenes.

“We are not fighting anyone, we are only asking for what belongs to us as owners of Lagos.

The candidate promised to return all land illegally taken from anyone back to the owners if elected, saying those yet to be compensated for land taken by the government for public use would be compensated.

At a meeting with Ijo Orunmila (the traditionalists) in Mushin, Adediran pledged to promote and preserve cultural heritages and recognise Aug. 20 as Iseesi Day.

Adediran and his running mate, Ms Funke Akindele, who began their ward tour on Oct. 19, had met with several stakeholders and also toured markets to seek traders’ support for their ambition.