…where the playing field is levelled
© 2022 | FREEDOM POST- All Right Reserved
Home » 2023: I will come after you, Oshiomole threatens Peter Obi ‘s supporters after Tinubu ‘s appointment
Crime & Judiciary 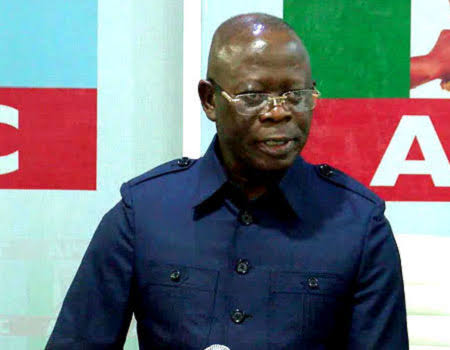 The former APC national chairman said he will come after supporters of Peter Obi, the presidential candidate of Labour Party should they come after him.

Oshiomole made this assertion while speaking in an interview on The Morning Show of Arise News on Wednesday.

The former Nigeria Labour Congress chairman had argued that most of the presidential candidates, who had spoken have not sufficiently, in most cases, addressed how they are going to address the issues that Nigeria is confronted with as a nation.

Oshiomole singled Obi out, saying the Labour Party candidate got away with several intriguing questions put across to him.

Oshiomole said he did not have the benefit of the current smartphones during his time as non-state actor, when he interrogated and fought with power on the side of the people.

Oshiomole said time will tell if the Obi-dients were really obedient in the political process of Nigeria.