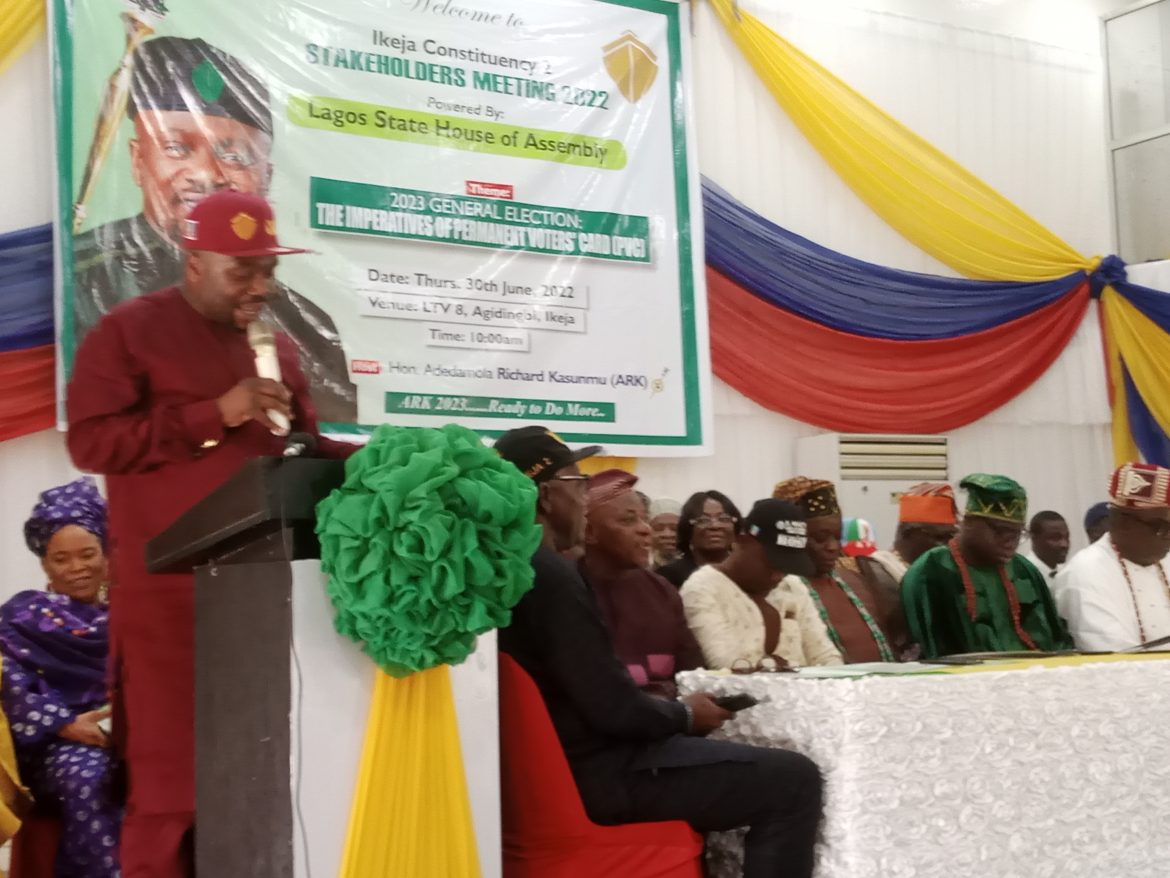 As the nation prepare for 2023 general elections, the Lagos State House of Assembly has harped on the imperative of Permanent Voters’ Card (PVC) for eligible voters to exercise their franchise.

This formed the theme of the 8th Lagos Assembly Annual Constituency Stakeholders’ Meeting that held simultaneously in the Lagos fourty constituencies on Thursday.
Hon. Adedamola Richard Kasumu (ARK), representing Ikeja constituency II at the Lagos Assembly during the programme at LTV 8 hall, Lagos told the people of Ikeja II to get their PVC and prepare to vote the right candidate in the coming elections.
“Our appeal to our people is that they should go and get their PVC, because this is the only way they can exercise their franchise.
“Without your PVC, you cannot really demonstrate your support for your choices candidate, so, we implore you all to endeavor to get your voters card so that we can collectively chose those who will pilot the affairs of our nation going forward.
“It is not enough to get your PVC but to also come to vote during the election but to vote for the right person.
“I make bold to tell you that the right man to vote as president in the next election is no other person than Asiwaju Bola Ahmed Tinubu who has the capacity to transform our country to a enviable height.
“We cannot to repeat the mistake of the past, we cannot afford to lose this chance of making Asiwaju as the next presidential of Nigeria, we should all make this happen,” he said.
Hon. Kasumu who is the chairman house committee on Lands, has just won the reelection into the Lagos Assembly for the fourth term following his victory at the last primary election.
The lawmaker used the opportunity to promise his constituents better representation in the next assembly while they keep on giving their supports.
Hon.  Adedamola also used the occasion to appreciate the party leaders and the people of Kosofe constituency II for his victory at the last primary election.
Kindly share this story:
Share 0 FacebookTwitterWhatsappEmail
previous post