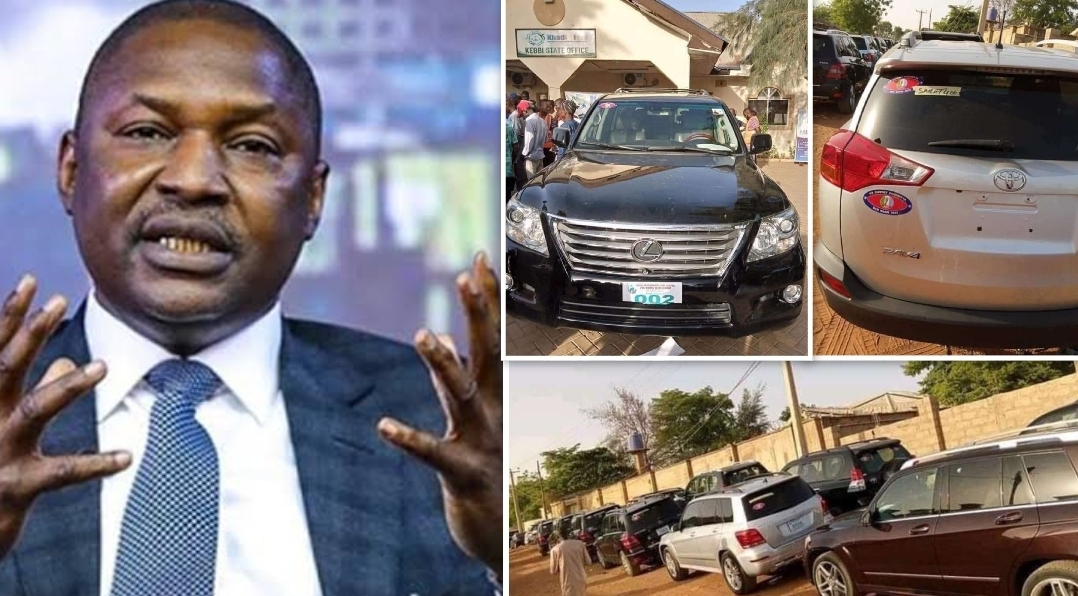 Kebbi governorship hopeful and Attorney General of the Federation, Abubakar Malami, has reportedly shared 200 Mercedes and Toyota SUVs to Kebbi delegates to get the governorship ticket ahead of the 2023 general elections.

Report has it that since Malami declared for Kebbi governorship on the platform of the All Progressives Congress (APC), in April, he has since then been lavishing the delegates with different gift items to curry their favour ahead of party’s primary slated for May.

According to a Kebbi politician present at the distribution ceremony, after photos of the vehicles were shared on social media on Monday morning, the politician said more vehicles were expected from Lagos to be distributed to politicians across the state before and after the primaries.

The AGF actively pursuing his political ambition alongside his ministerial appointment has stirred controversy and raised questions about his eligibility to run.