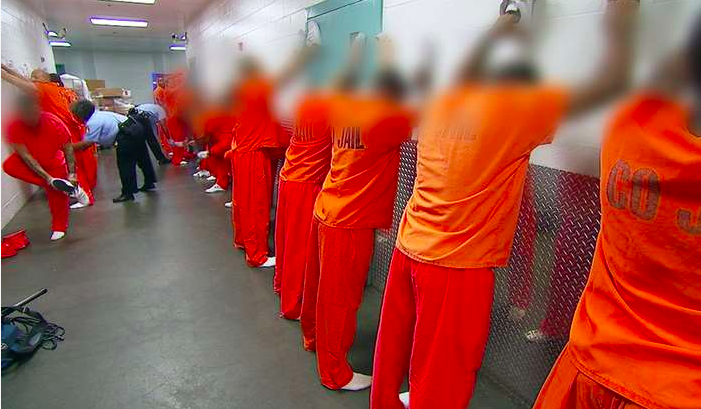 Share 0FacebookTwitterWhatsappEmail
Kindly share this story:
The United States Bureau of Prisons has disclosed that half the number of Nigerians in its correctional facilities had been convicted and sentenced for fraud.
In response to a Freedom of Information Act (FOIA) request by Peoples Gazette, out of the 134 Nigerians currently in U.S. prisons, those within the 36 and 40 age class make up 24.63 per cent of the total number of Nigerians.
Age group 41-45 followed with 11.94 per cent, and 46-50,51- 55 at joint 8.96 per cent, respectively.
The Bureau of Prisons had also disclosed to The Gazette that the majority of Nigerians in their custody had been convicted on charges bordering on fraud and money laundering.
Last August, youths and sports development minister Sunday Dare told Nigerian youths to be patient amid worsening economic and security crises that President Muhammadu Buhari was investing in them.
Frauds and ritual killings, according to media reports, have continued to rise unabated since then.
Oyekanmi Oworu was sentenced in March to three years in prison for conspiracy to commit bank fraud and aggravated identity theft.
Mr Oworu was 35 years old when he was arrested. He later pleaded guilty to the charges.
Mr Owuru had been collaborating with Babatunde Ajibawo, a 55-year old, sentenced to four years in federal prison last year.
In March 2021, 37-year old Seun Banjo Ojedokun was jailed for nine years for a money laundering conspiracy related to a romance scam and other fraud schemes.
In July, a U.S. court jailed Nigerian money launderer 38-year-old Olumide Bankole Morakinyo for engaging in a scheme that defrauded the Texas Employees Retirement System.
In 2019, a U.S. court sentenced Lukman Shina Aminu, Mr Morakinyo’s collaborator, to four and a half years in federal prison.
Mr Aminu pleaded guilty to one count of conspiracy to commit money laundering, admitting that he used personally identifiable information (PII) from state employees to change their accounts in the Employees Retirement System of Texas internet portal.
In July 2020, 35-year old Temitope Aminat Folorunsho pleaded guilty to multiple counts of wire fraud, money laundering, use of a false passport, and conspiracy. She was sentenced in July 2021 to 37 months in prison.
by
Femi Adesokan
Kindly share this story:
Share 0 FacebookTwitterWhatsappEmail
previous post

I will grow Nigeria’s economy to complete with US, Japan in fpur years- Orji Uzor Kalu